There’s nothing cuter than a cat with big ears. Usually quite delicate in appearance, we think these kitties look nothing short of endearing when sporting bat-like ears, that’s why we’ve created this list of our top 10 cat breeds with big ears – read on to find out who made the list!

Cats are known for their delicate appearances with little toe beans, lithe bodies and small, boop-worthy noses. But nothing makes them appear more endearing than when these elegant little features are contrasted with a big pair of ears! We’ve put together this list to show you the best cats with big ears – some of which almost rival satellite dishes – so if you love your kitties a little more bat-like in appearance, read on!

From the playful Abyssinian to the mysterious looking Sphynx, here are our top 10 cat breeds with big ears: 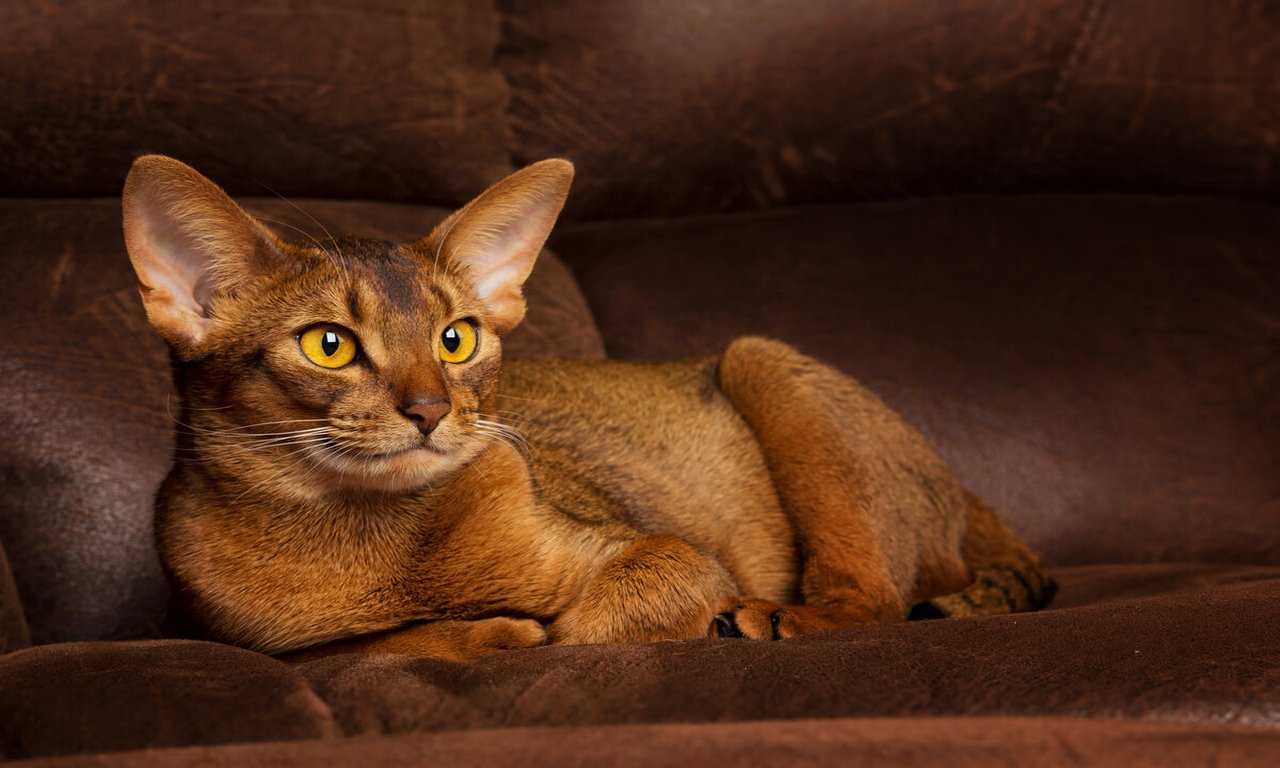 The Abyssinian is a large and playful cat breed with big ears. Boasting an always-alert appearance thanks to their large, forward tilting ears, these cats are striking with their lean bodies and beautifully ticked coats.

Interestingly, despite their name and exotic looks, the Abyssinian was actually developed in the UK by Lord Robert Napier, who brought back a cat from Abyssinia on a military expedition and bred it with cats common to the UK.

Typically, they’re super friendly cat breeds and are always keen to play with their humans, so they’re perfect if you’re looking for a friendly cat with big ears! 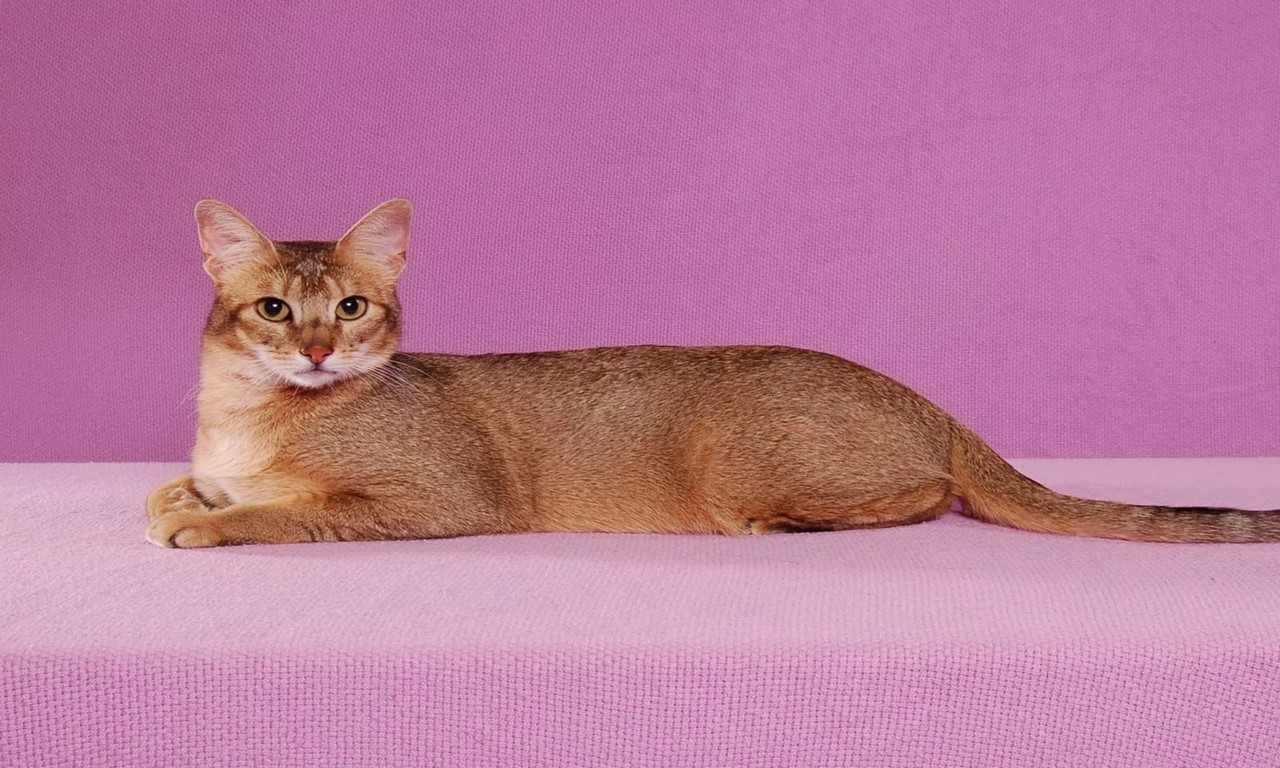 Chausies are a little wild in appearance and there’s good reason for that. Developed due to the want of creating a ‘wild’ looking domestic cat, breeders actually crossed a jungle cat with a domestic cat to create the Chausie.

Taking after their wild roots, they’re quite large cats with tall, upright ears, but they’re very kind in nature and love their human parents. Possessing personalities full of wanderlust, this cat breed with big ears can actually adapt quite well to going for walks with a harness. 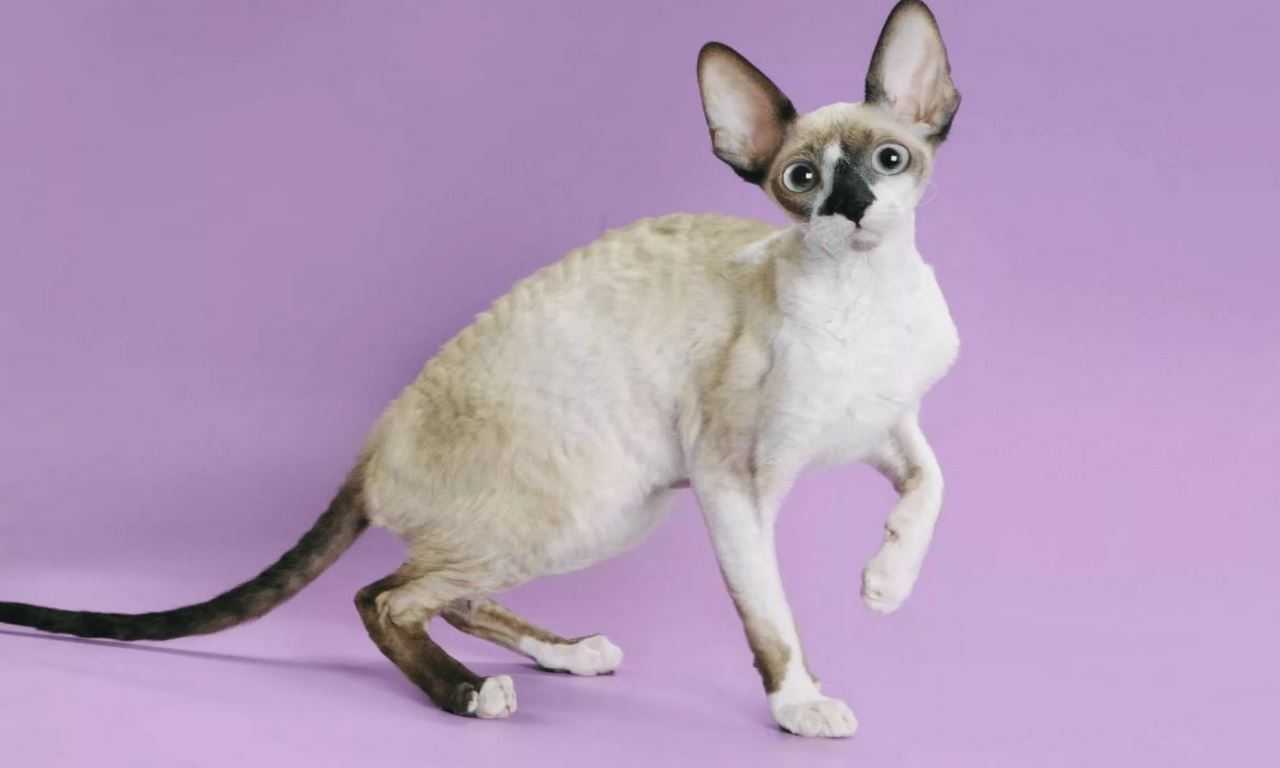 The Cornish Rex is a cat of contrast with their dainty bodies, large eyes and big, high-set ears. But don’t let their delicate appearance fool you – they’re anything but! Active and super playful, some Cornish Rex cats can even be taught tricks and will happily play games of fetch too.

Coming from Cornwall in the 1950s, their odd, wavy coat which is super soft to the touch is the result of a natural mutation. 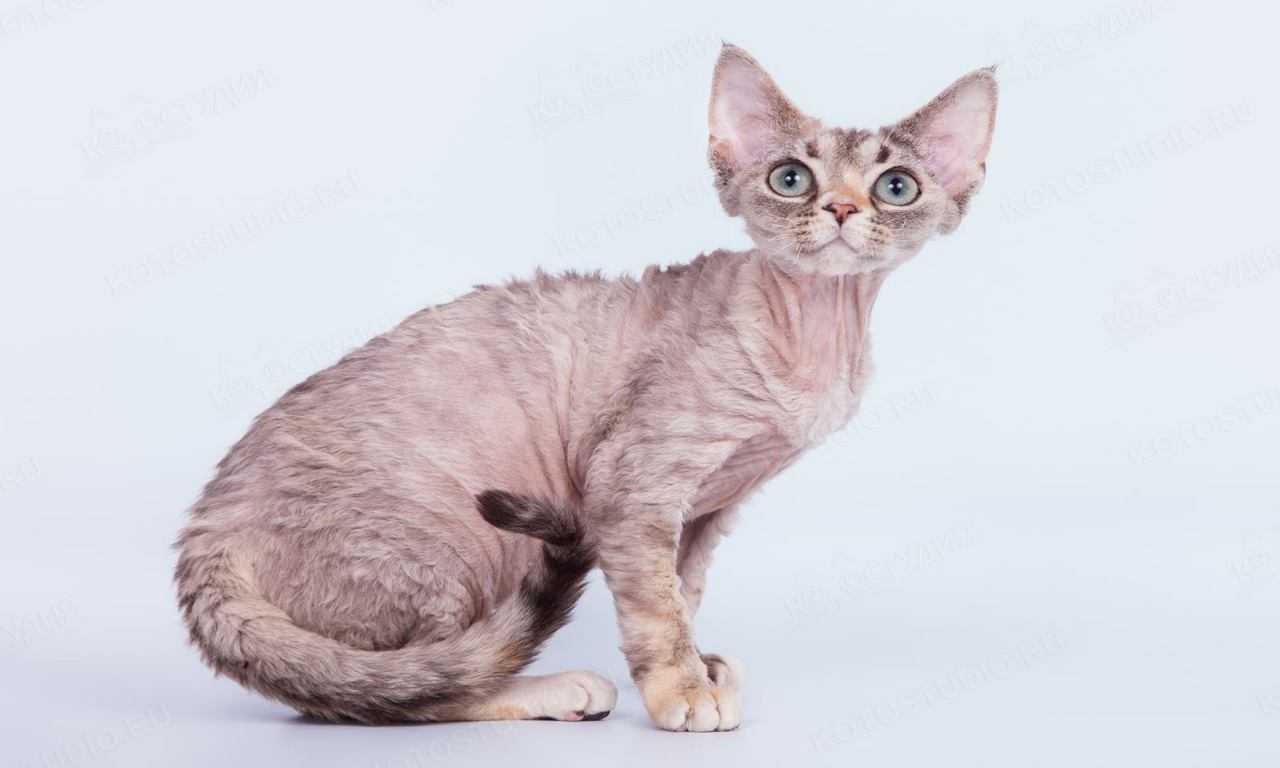 The Devon Rex is known for its pixie-like looks with large eyes and low-set, big, curved ears which appear even larger with their small heads! To add to the impishness, they have very cheeky personalities and love to entertain their people – so you’ll never be bored with one of these delightful kitties.

Fun fact: Similar to the Cornish Rex, the Devon Rex also has a curled coat (the curl is slightly looser in the Devon Rex) which is caused by a recessive gene. However, the gene is completely different and if bred together, it would result in kittens with a straight coat! 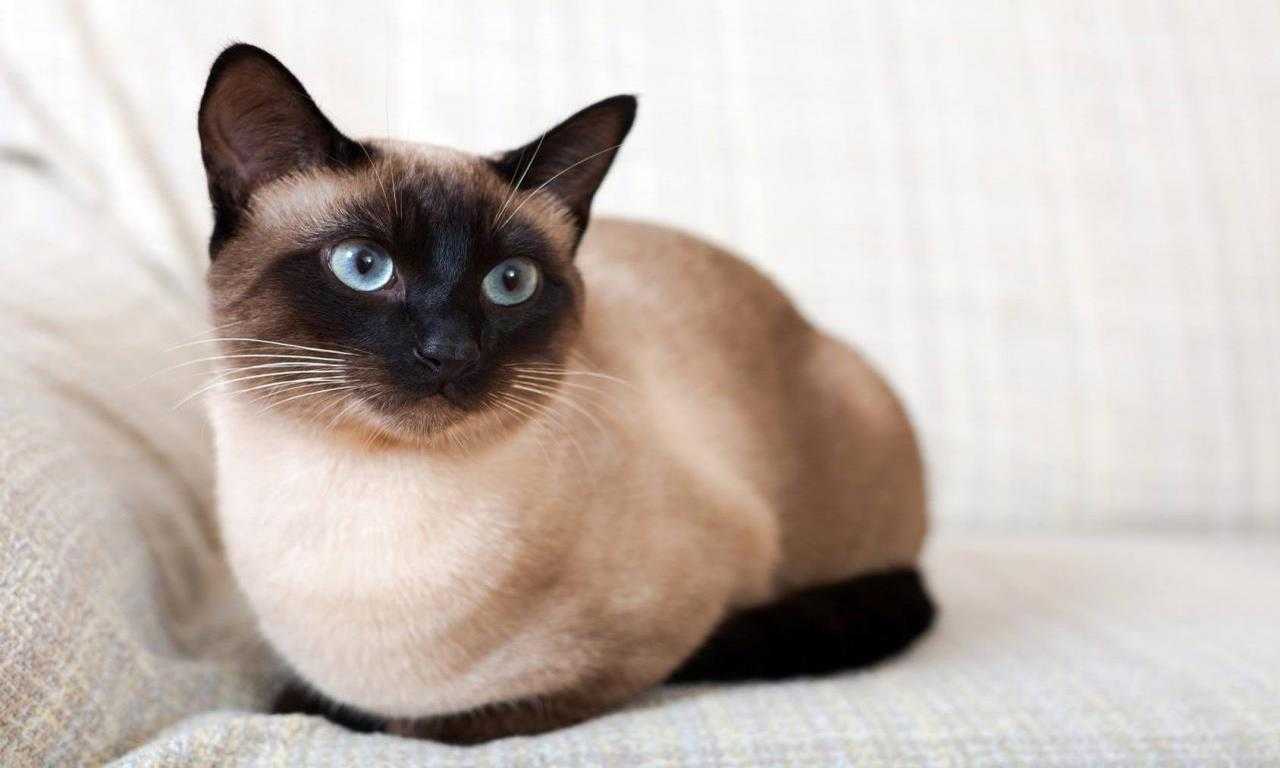 The Siamese is a striking cat with big ears, best known for its unique colouring and mesmerisingly blue eyes. Another unique feature is their noticeably large and pointy ears which are dark in colour (a type of colouring called ‘pointed’).

Originating in Thailand, the roots of the Siamese are unknown but it’s thought that they date back centuries. Today, they make very chatty family members who love to follow their owners around and be involved in everything. 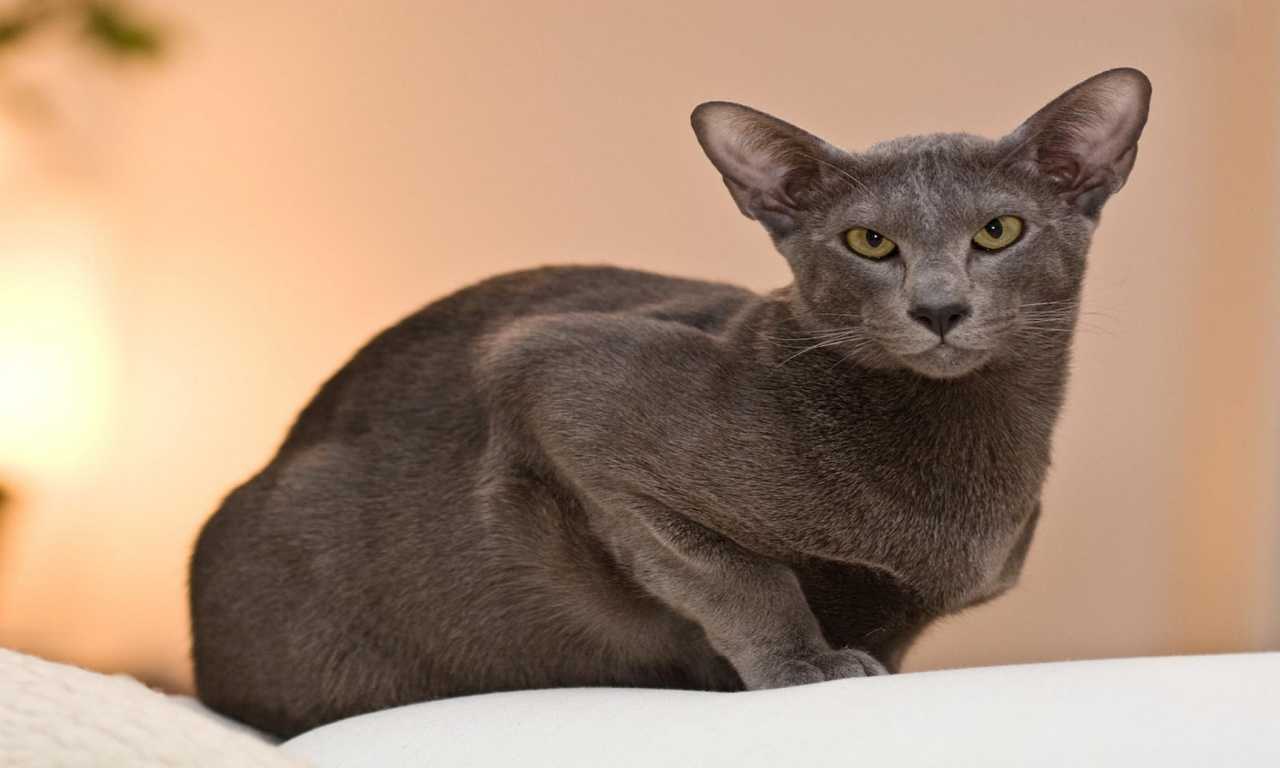 This is perhaps one of the best-known cat breeds with big ears! Elegant in appearance with a long and slender body, glossy coat and triangular shaped head, set off with Dumbo-esque ears, the Oriental captivates everyone who catches a glimpse of them.

The breed was developed as a result of a breeders wanting different colour variants of the Siamese, so as such they boast very similar qualities to their relatives, being very vocal and loving for one! 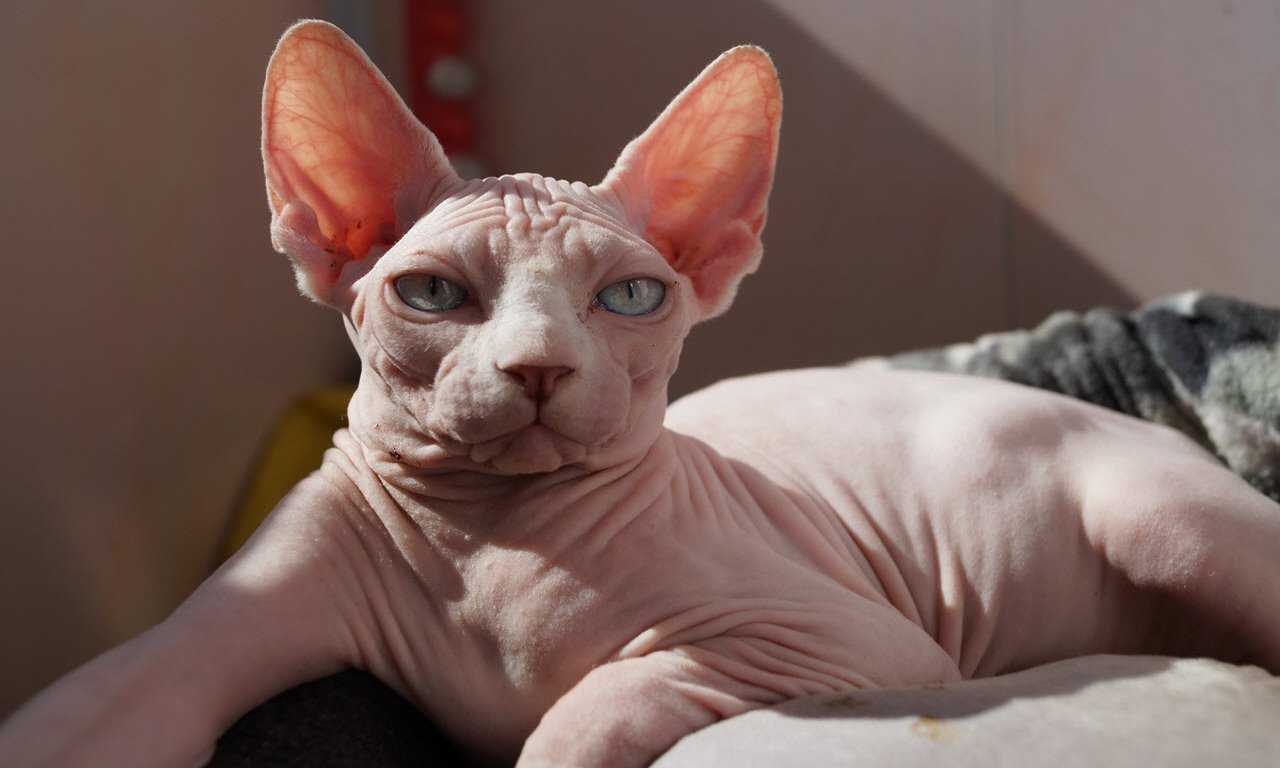 The Sphynx is a very unusual looking cat and we’re not just talking about their hairless coats – but their big ears too! Known for their almost ‘bat-like’ appearance, these unique looking kitties are incredibly affectionate.

Many owners say they love cuddles and even report that they’ll actually climb under the covers to snooze with them. This breed came about as a result of crossing large eared Rex cat breeds with hairless types in the 1970s and much like their ancestors, they have charming and endearing personalities.

Related:
Calico Kittens: Everything You Need to Know 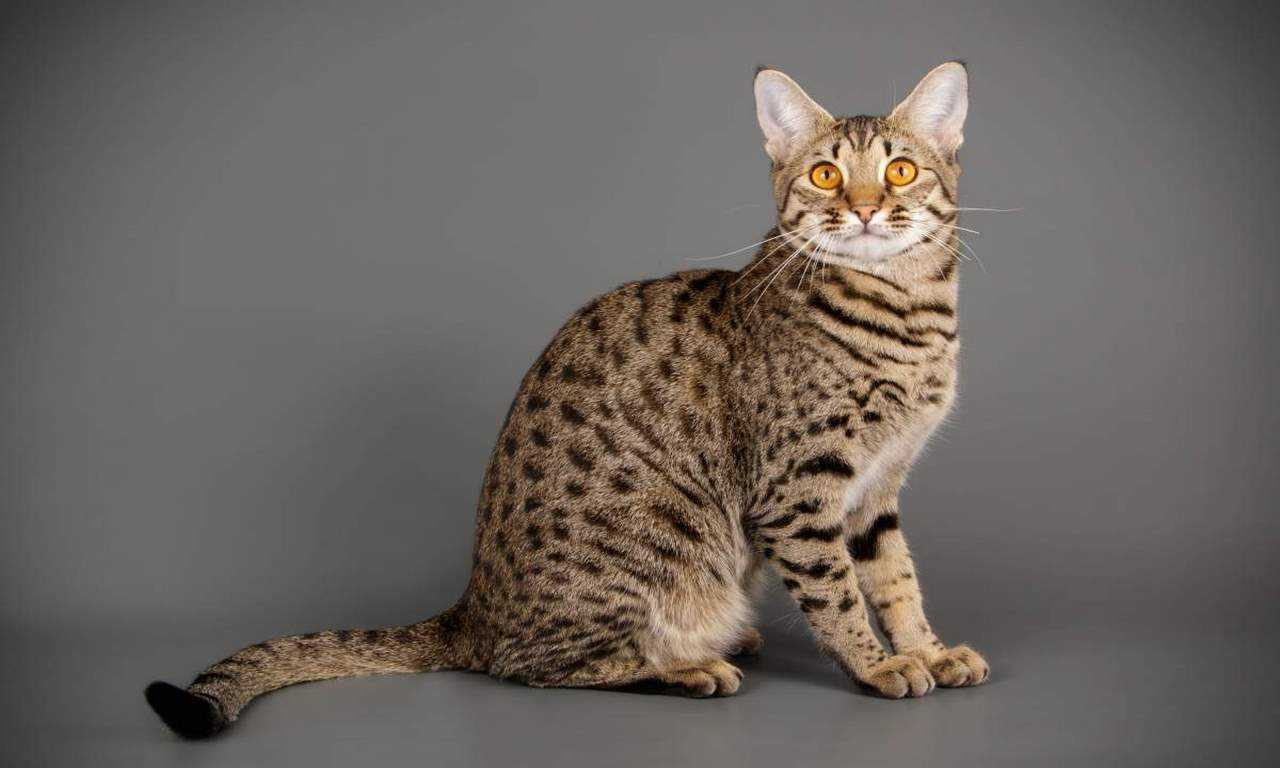 Savannah cats are a mix of a domestic cat and a Serval (a wild African cat with very large ears – something of which this breed has also inherited). Due to the wild cat in the Savannah’s breeding, their characteristics can vary greatly, depending on how much of them is Serval. 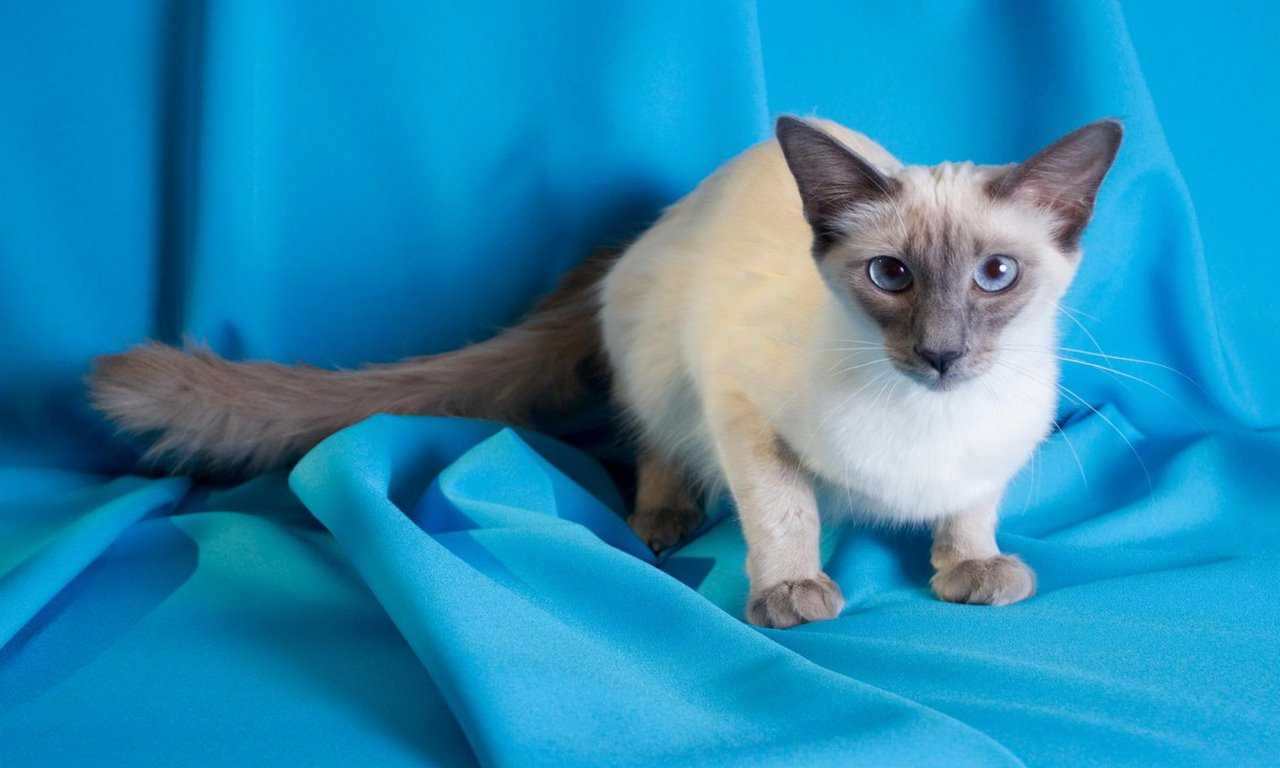 The Balinese is a cat breed with big ears and a long, triangular shaped head. Created as a long-haired version of the Siamese, they possess similar striking looks and chatty, active personalities too. What’s more, they love to climb and tend to favour high up spaces, so expect them to treat your home as a jungle gym and find them on top of your bookshelves! 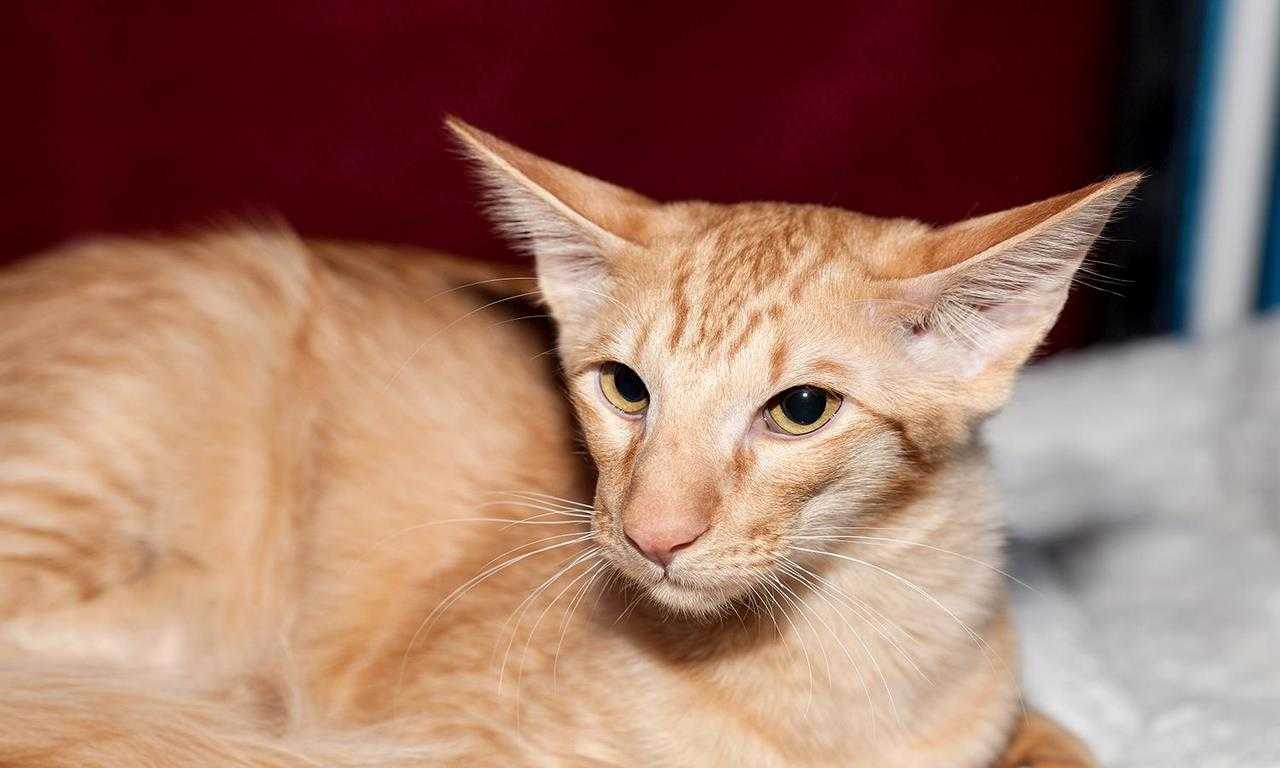 A division of the Balinese, the Javanese also boasts the endearingly large ears of their cousins! Descending from the Siamese, Colourpoint and Balinese, it may interest you to learn that they’re not actually from Java at all, but the name comes from the fact that Java is a sister island to Bali, so it was chosen to pay homage to their relationship with the Balinese.