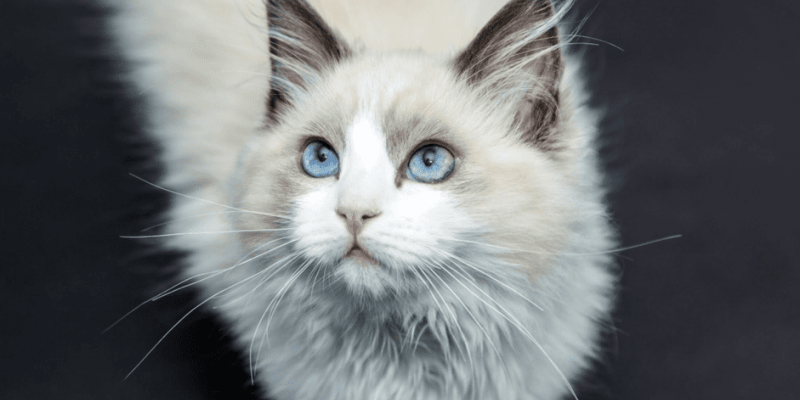 There are numerous white cats that are just works of feline art with their soft, pristine coats and uniquely colored eyes. Different cat breeds can have white coats that vary in length and physical attributes like their eye colors.

White cats are also well-known in presidential history and are considered good luck all around the world. We’ve gathered nine beautiful white cats and fun facts to grow your admiration for these felines.

Many Different Breeds Can Have All-White Coats 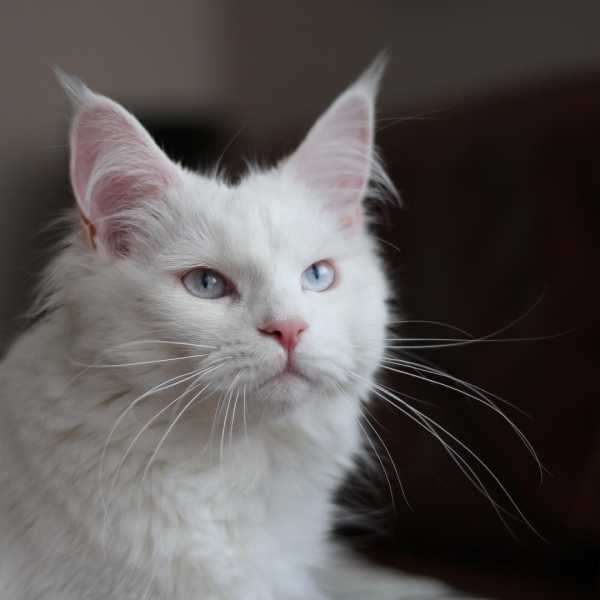 So, what causes their all-white coats? If a cat has the dominant W gene, known as the masking gene, it will “hide” every other coat color and pattern gene in the cat’s genetic makeup, resulting in a snowy, white coat. 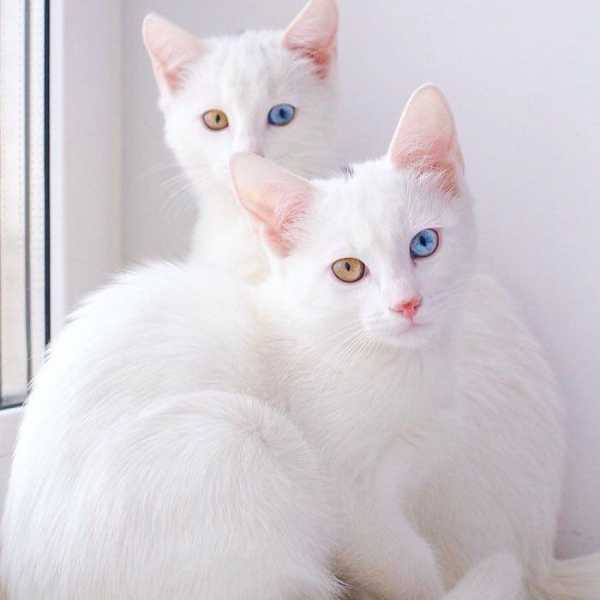 Did you know a cat’s eye color is linked to the melanin production in the body? Accordingly, white or lightly colored cats often have light eyes. All-white cats can have a variety of striking eye colors, like blue, green, yellow, orange, or a combination of colors.

Many (But Not All) White Cats Are Deaf 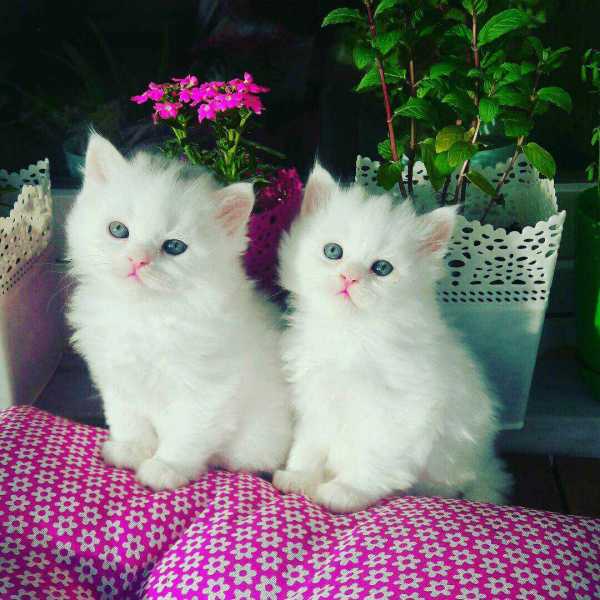 The same genetic factors that give white cats their snowy coats and unique eye colors can also cause total or partial deafness in many kitties. It’s believed that the ear closest to the “oddly” colored eye (or both ears if both eyes are uniquely colored) will be the ear with deafness.

If your cat is partially or completely deaf, there are several precautions you must take to keep them safe. Be careful not to startle them and use visual signs rather than verbal signs to communicate. It’s also best to keep a partially deaf or fully deaf cat indoors at all times; it may have trouble avoiding hazards or protecting itself from potential predators.

White Cats Are Not Albino 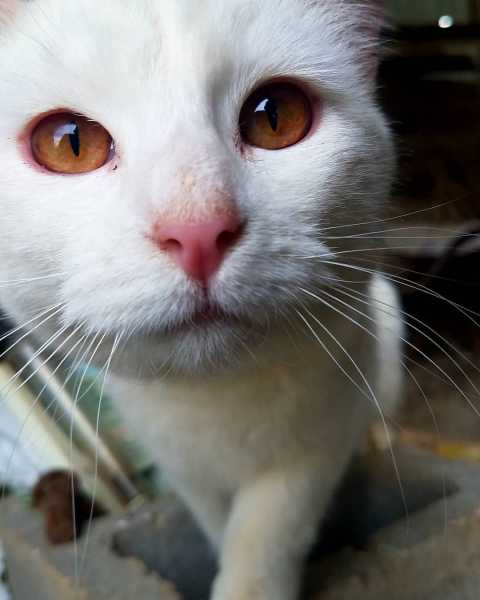 No, cats with white coats are not albino. There’s a key difference: White cats simply have a gene for white fur, while albinism is a genetic condition that results in a complete lack of color pigmentation in the skin, fur, and eyes.

The easiest way to determine whether or not a cat is an albino is by looking at their eyes. White cats, as previously mentioned, can have a wide range of eye colors. Albino cats, however, often have eyes that look very pale blue, pink, or red. (Their eyes aren’t really pink or red; the reflection of light against the blood vessels in their eyes just gives them the appearance.)

White Cats Can Get Sunburned, Too 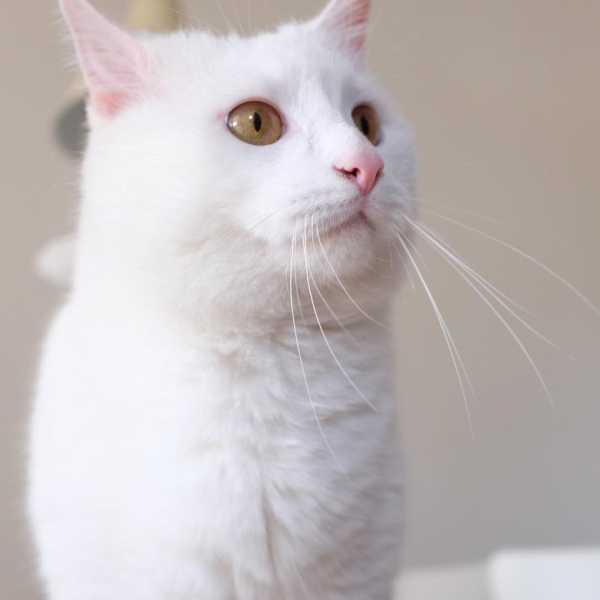 Like humans, cats with light or white coats are at an increased risk of developing sunburn—especially on their ears, eyelids, and nose. Because they’re more susceptible to sunburns, white cats also have a higher risk of developing squamous cell carcinoma or skin cancer.

It’s important to take the right steps to protect your cat’s light skin from sun damage: 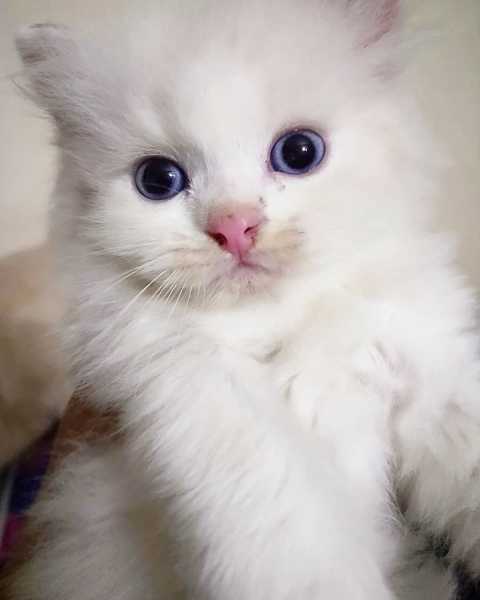 The well-known Japanese Beckoning Cat (also known as Maneki Neko) is most often depicted as a white cat. Originating some time around 1870, these figurines are placed near the entrances of homes and businesses to bring in good luck.

Many White Cats Have Lived in the White House 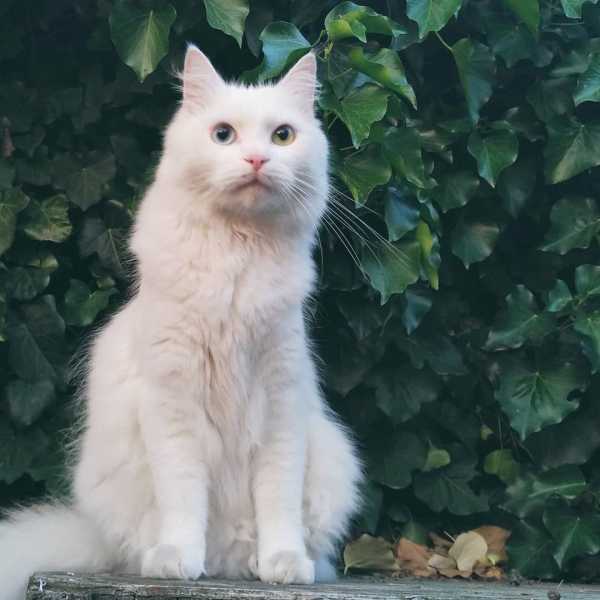 Appropriate, right? Several Presidents of the United States had white cats scurrying around the White House during their terms.

White Persian Cats Are the Most Popular 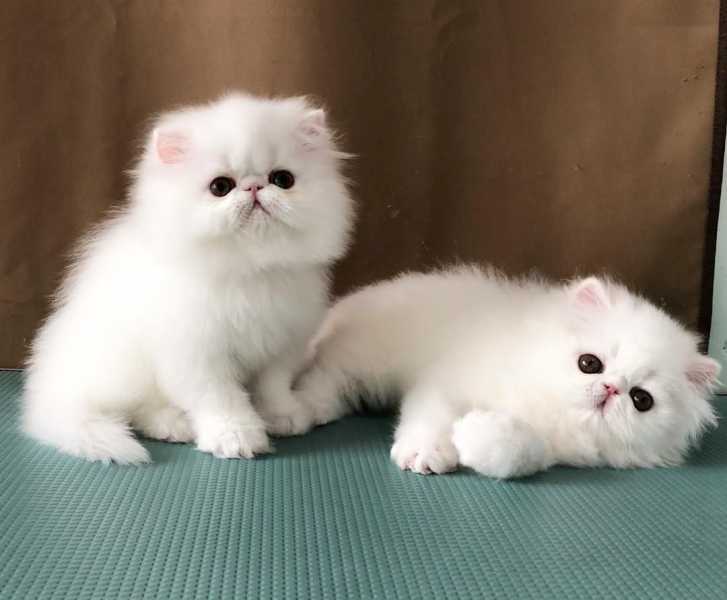 There’s no doubt about it: White cats are gorgeous! But the most striking—and in-demand—white cat, perhaps, is the Persian. Their long, silky coats and big, expressive eyes look super elegant. It’s no wonder they’ve graced kitty-themed calendars and pet food labels for as long as we can remember!

If you have a white Persian, however, you know regular grooming is key. Otherwise, you’ll have a dingy, tangled mess, rather than a model kitty on your hands! 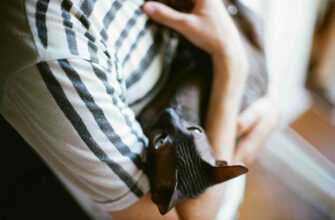