Marmalade, red, orange or ginger – whatever you want to call it, ginger cats are nothing less than extraordinary. Find out everything there is to know from what’s responsible for the colouring of ginger cats to the cat breeds that come in this wonderful shade.

It’s no secret that ginger cats are among the most well-loved and that all who come into contact with them think there’s something special about them. This may be due to the fact that they’ve played such cheeky characters on TV and film, including Shrek’s Puss in Boots, Breakfast at Tiffany’s Orangey and of course, who could forget Garfield?

As they’ve made such an impact on us in the land of pop culture, we’ve found ourselves wanting to discover as much as possible about them and wondering if there are any specific ginger cat breeds. Keep reading to find out everything from the reasoning behind their ginger colouring, to the breeds which are more likely to come in this marmalade tone.

What’s responsible for the colouring of ginger cats?

It may surprise you to know that there’s quite a lot that goes into deciding if your cat will have red fur or not. There’s actually a ‘ginger gene’ and it has a lot to do with inherited genes and chromosomes.

According to The Spruce Pets, the ginger gene ‘O’, is responsible for producing phaeomelanin (the red pigment), and this pigment is so dominant it will mask all other colours. In order to produce your ginger cat, the gene needs to be carried to the ‘X’ chromosome – a male cat has one ‘X’ chromosome, whereas females have two.

Additionally, this ginger gene comes in two variants: ‘O’ which produces red pigment and ‘o’ which doesn’t. If the ginger cat is male and gets the ‘O’ type from their mother, they’ll be ginger, however if they get ‘o’ they’ll be calico or tortoiseshell instead. For females to be ginger they’ll need the ‘O’ chromosome on both ‘X’ chromosomes, if they have ‘Oo’ instead, they’ll be calico or ginger.

Due to the fact females have so many more possible combinations, they’re less likely to be ginger and as such only 20% are. A huge 80% of all ginger cats are male, as there are far less variables involved. Also, ginger males can come from red, calico and tortoiseshell mothers, whereas females need to have one fully red father and the mother will have to be red, calico or tortoiseshell.

Are all ginger cats tabbies?

Yes, they are! Even if they don’t appear to be at first glance, on closer inspection you’ll notice spots, whirls or stripes on their coat. You may find ginger cats in the following tabby patterns:

Mackerel: these are striped and may appear tiger-like in appearance, you’ll probably also spot an ‘M’ shape on their forehead

Many believe that ginger cats come from a certain breed, however this isn’t the case. While there’s no such thing as a ginger cat breed and the majority of marmalade kitties tend to be moggies, there are certain types which are more likely to come in this wonderful orange hue, such as: 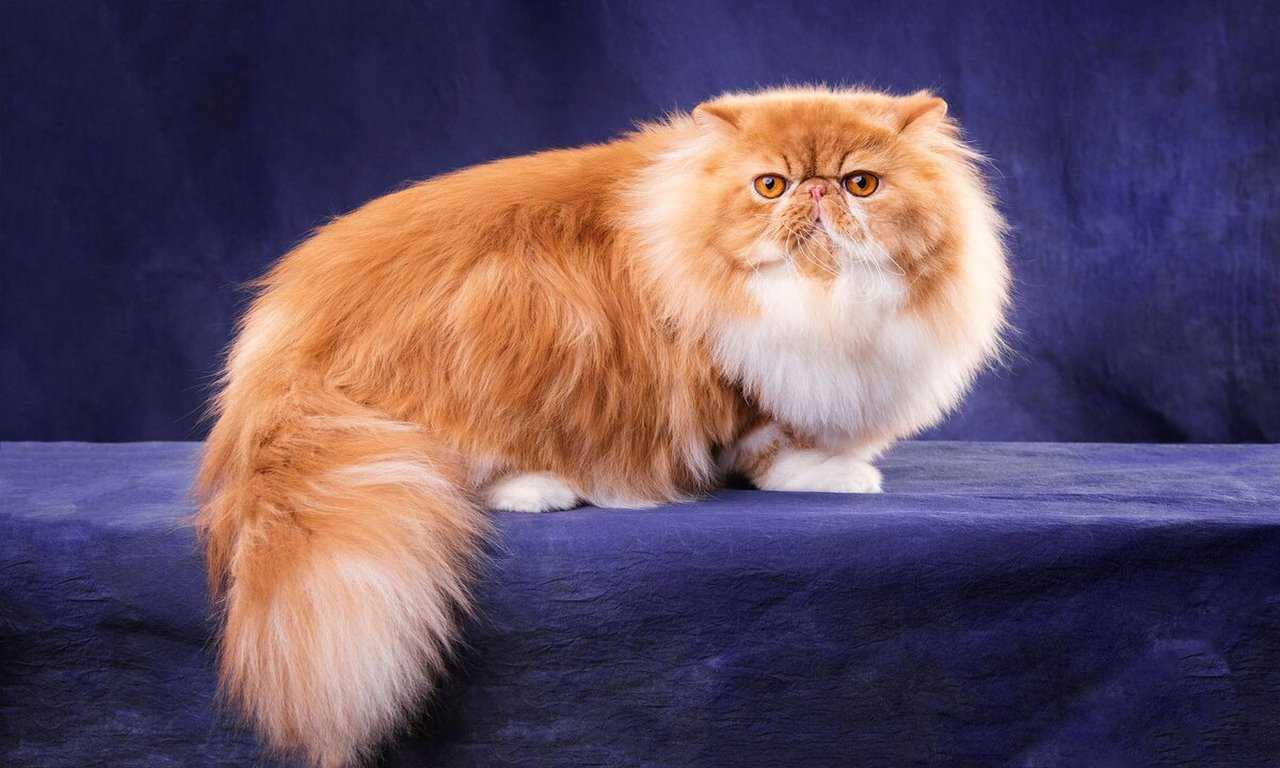 The Persian is one of the most popular cat breeds in the entire world. Boasting a long, silky coat and large and endearing eyes, these cats can come in just about every hue imaginable, but they look particularly glamourous in orange. 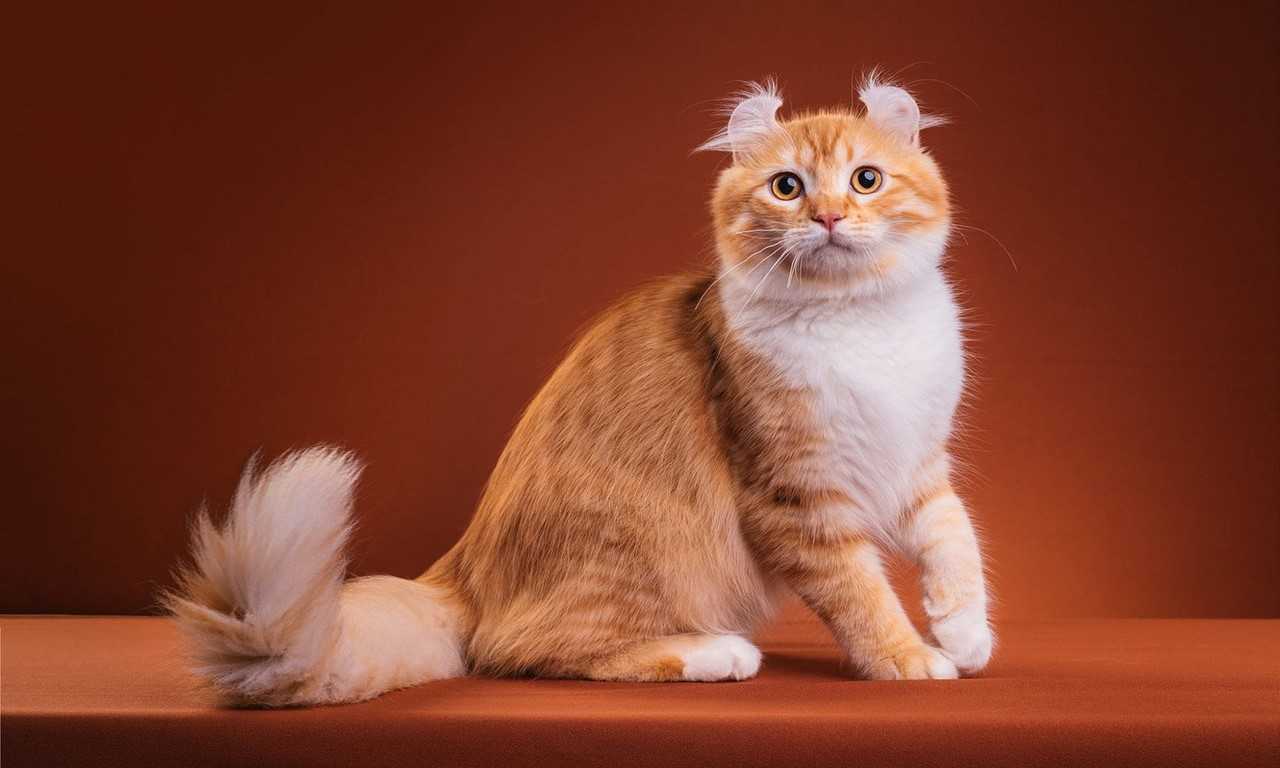 Much like the Persian, the Munchkin is a ginger cat breed which comes in a huge variety of colours. They’re most widely known for their short legs, tiny stature and the fact that they stay kitten like well into adulthood. 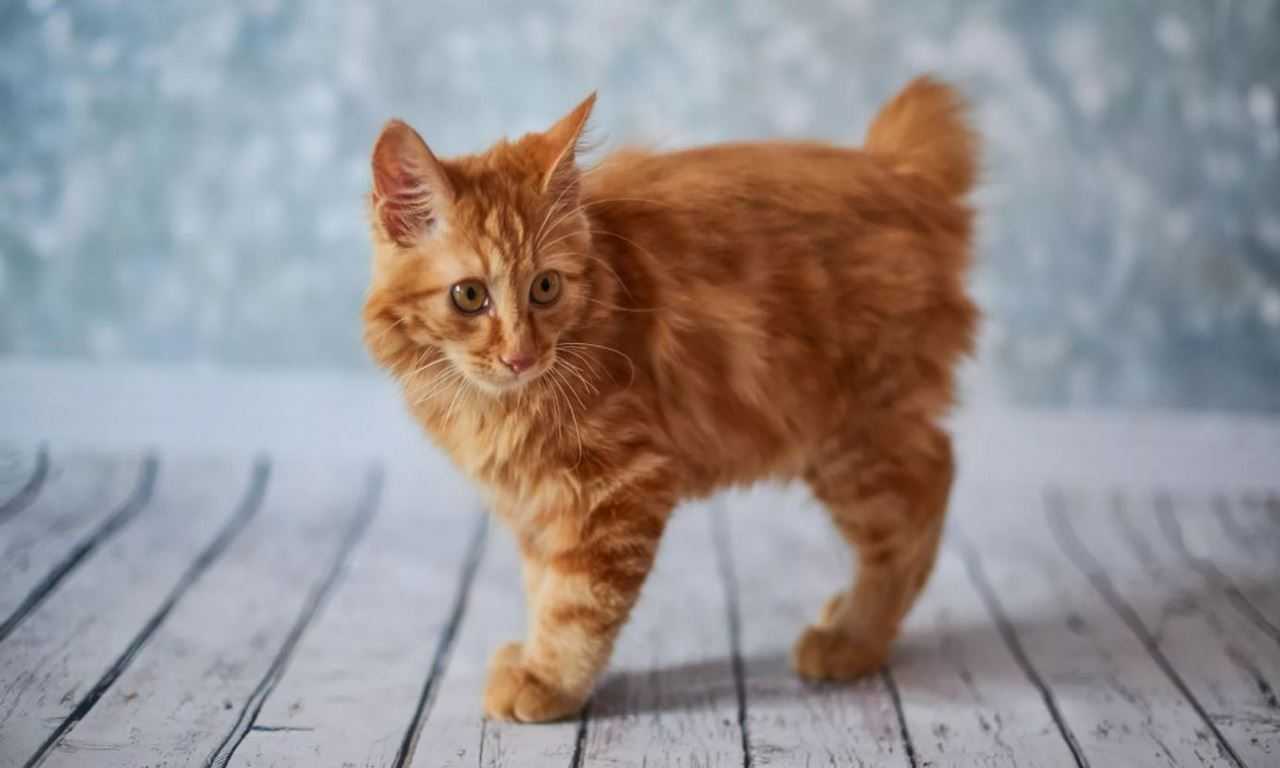 The American Bobtail looks almost wild in appearance, but they can be ginger cats too! With their bobbed tails, fluffy cheeks and intelligent personalities, they make perfect companions. 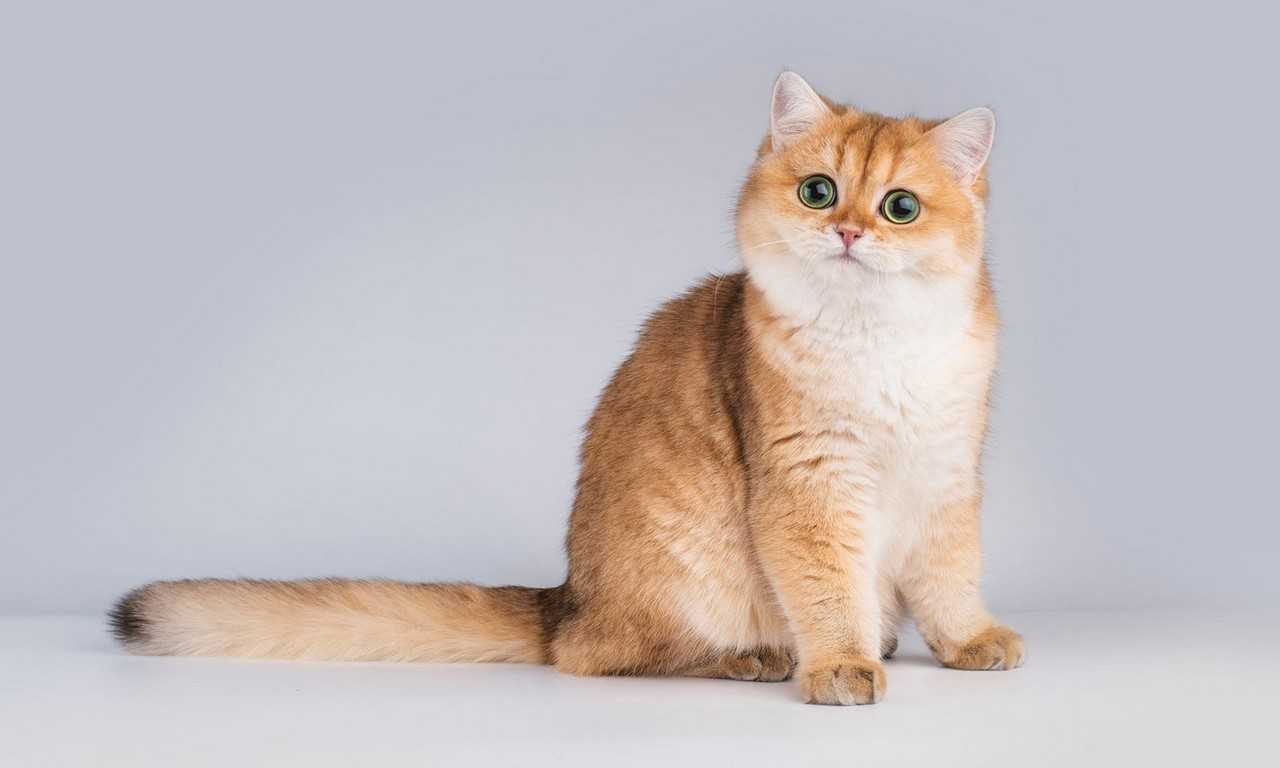 The British Shorthair is an extremely popular cat for families as they’re incredibly affectionate and laid-back. They come in many colours, including a variety of stunning orange tones. 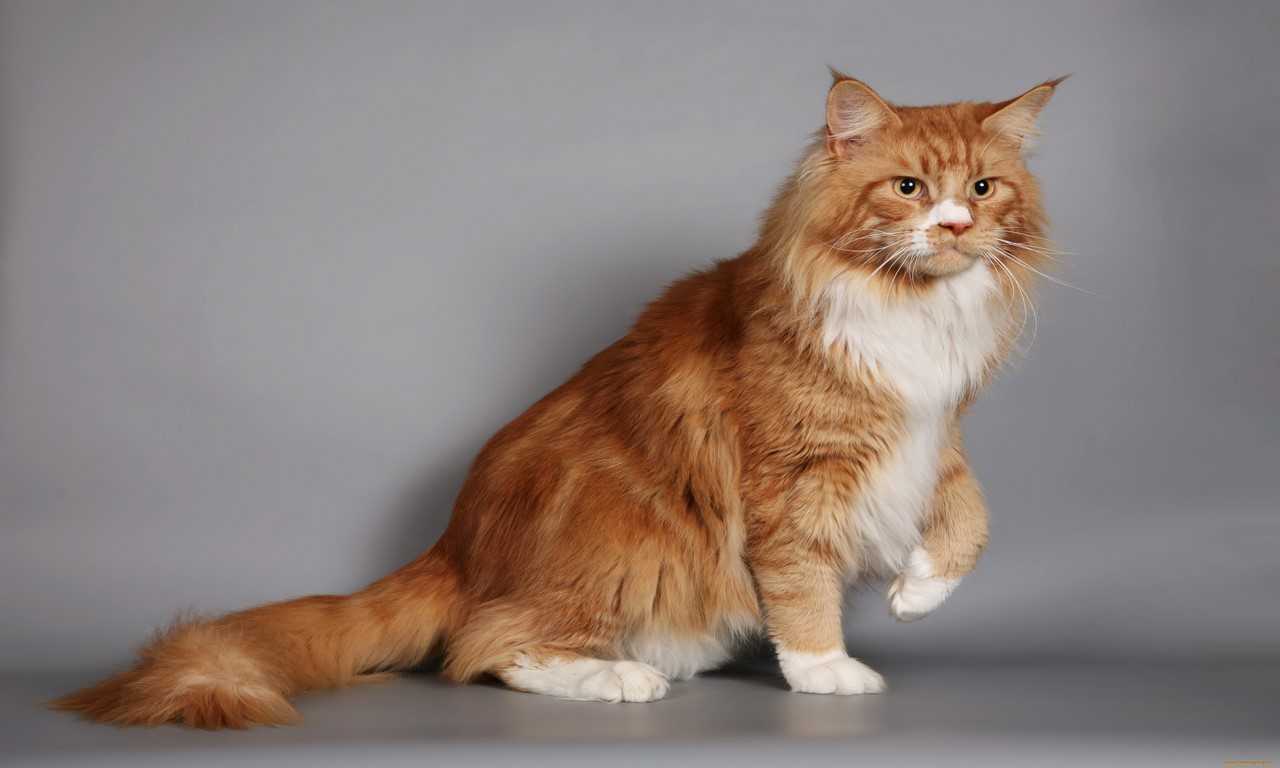 These large kitties with their rugged good looks come in pretty much every colour, and while the most common is brown tabby, Maine Coons can also be a ginger cat breed. 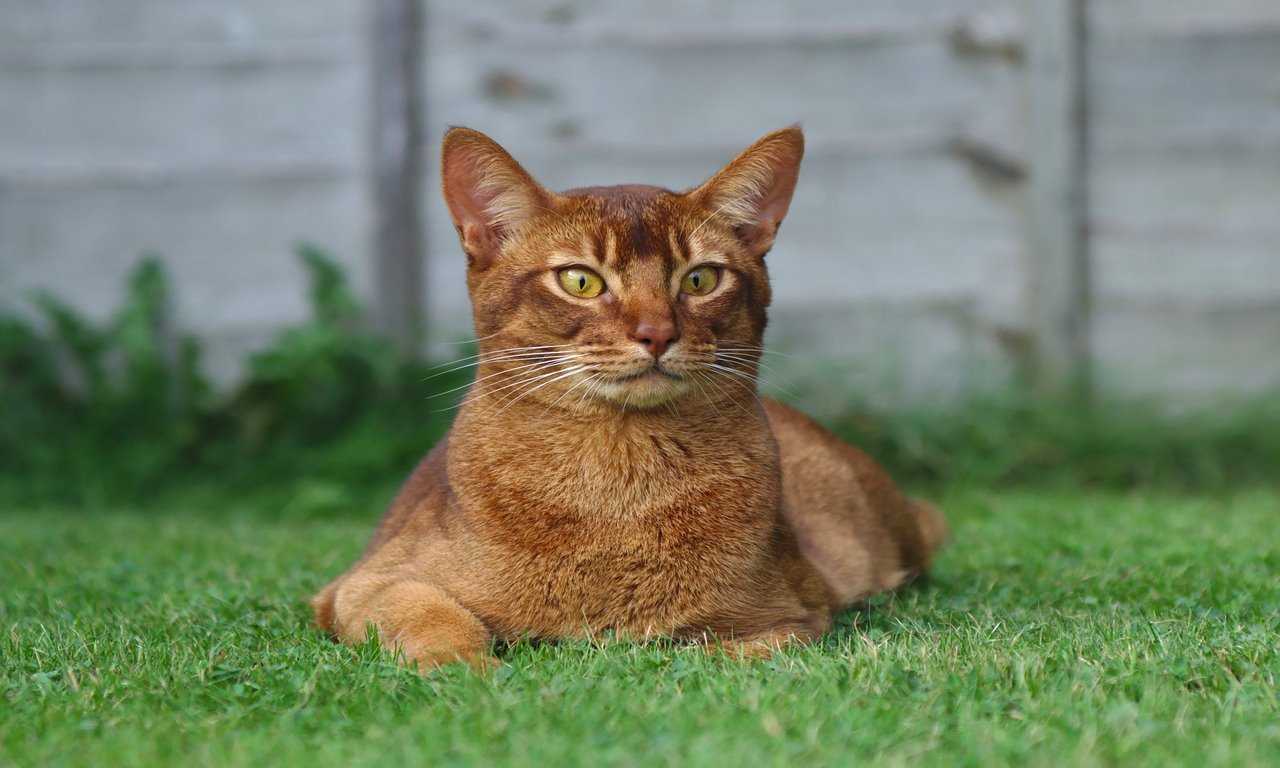 Abyssinians are a playful breed which can come in a stunning range of red hues, including: ruddy, sorrel and fawn. These ginger cats are known to be super smart so they’ll need plenty of entertaining. 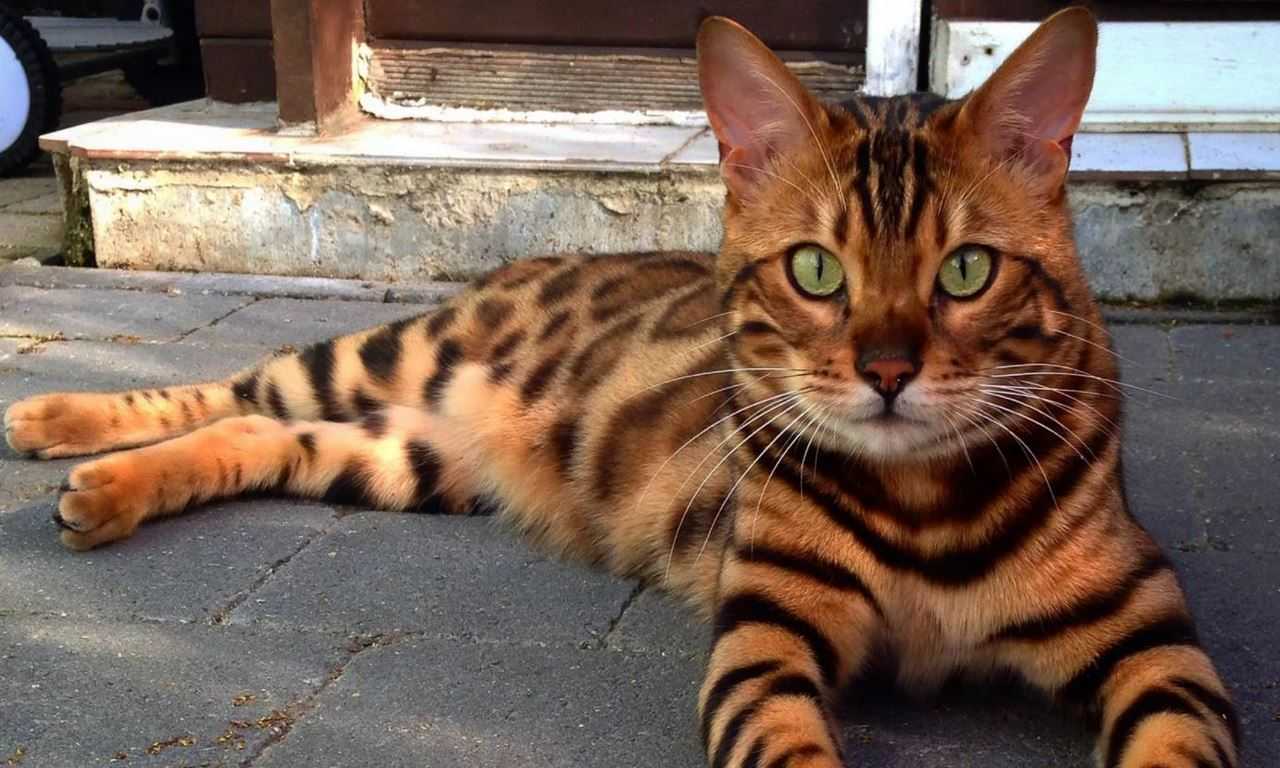 The Bengal is a domestic cat which looks like a miniature version of its wild relatives – especially when they’re sporting a red coat! While the proper name for the colour is brown, it appears more like a fiery orange.

Are there any personality traits associated with ginger cats?

Many believe that because of their fiery orange coats, that this has an impact on the cat’s behaviour as well. Unfortunately, this isn’t true and their vibrant colour will actually tell you very little about their temperament. In fact, your kitty’s breed will probably give you more of an accurate indicator instead.