Boasting shimmering coats which range in shade from silver to slate, it’s clear that grey cats are simply stunning. Keep reading to find out about our top 7 grey cat breeds which are sure to steal your heart.

Black, ginger, cream and brown – cats come in just about every shade imaginable. But there’s just something extra special about grey cats, isn’t there? Often referred to as ‘blue cats’ for the ethereal glow of their coat which contrasts with a vast spectrum of eye colours, these cats look nothing short of magical.

If you love kitties with a coat of this enchanting hue, you may be wondering what grey cat breeds exist around the world. From far-flung places like Thailand and Russia to right here on our doorstep, discover our list of gorgeous grey cats, guaranteed to capture your heart. 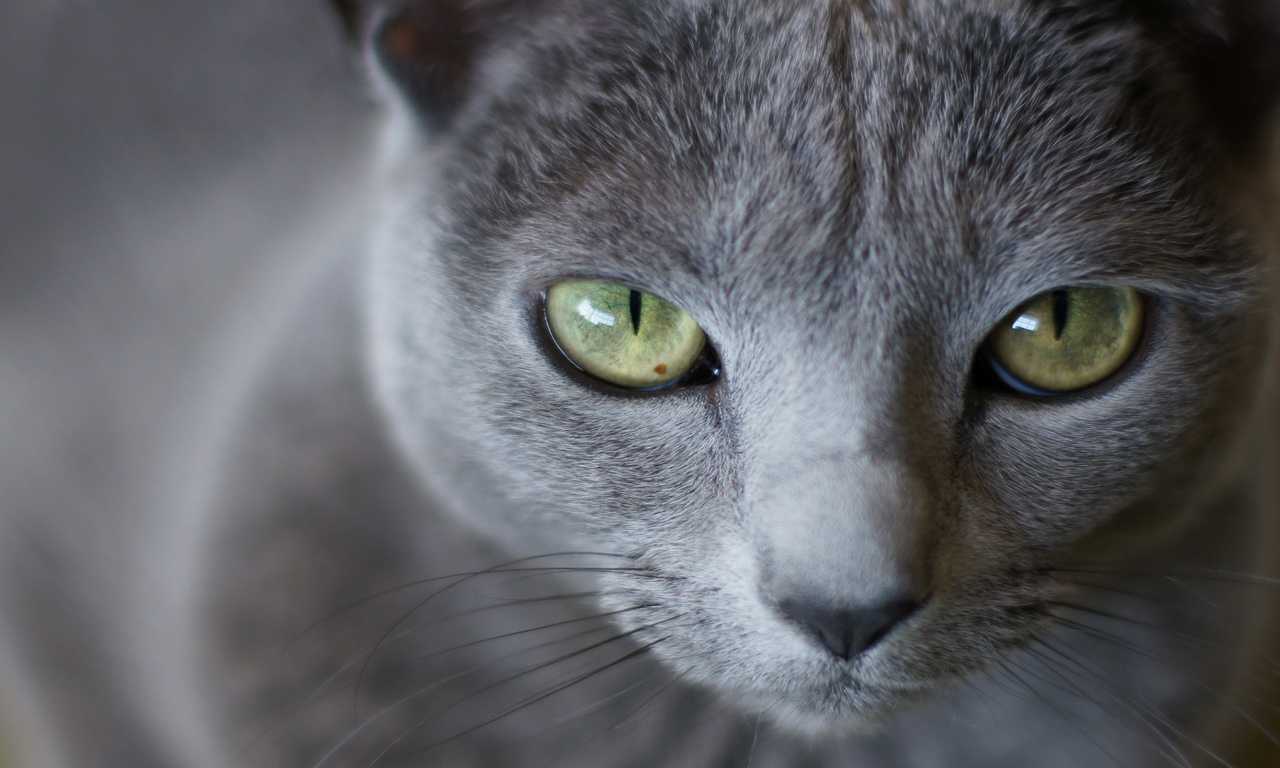 Known for their mesmerising dark grey coats with a shimmering silver hue and captivating green eyes, the Russian Blue is one of the most famous grey cat breeds. With such a dense, plush coat, it may actually surprise you to know that these cats are hypoallergenic.

This makes them particularly well suited to those with allergies. The Russian Blue prefers to live in less busy households as they enjoy a more peaceful and quieter lifestyle, and like to form strong bonds with their owners. 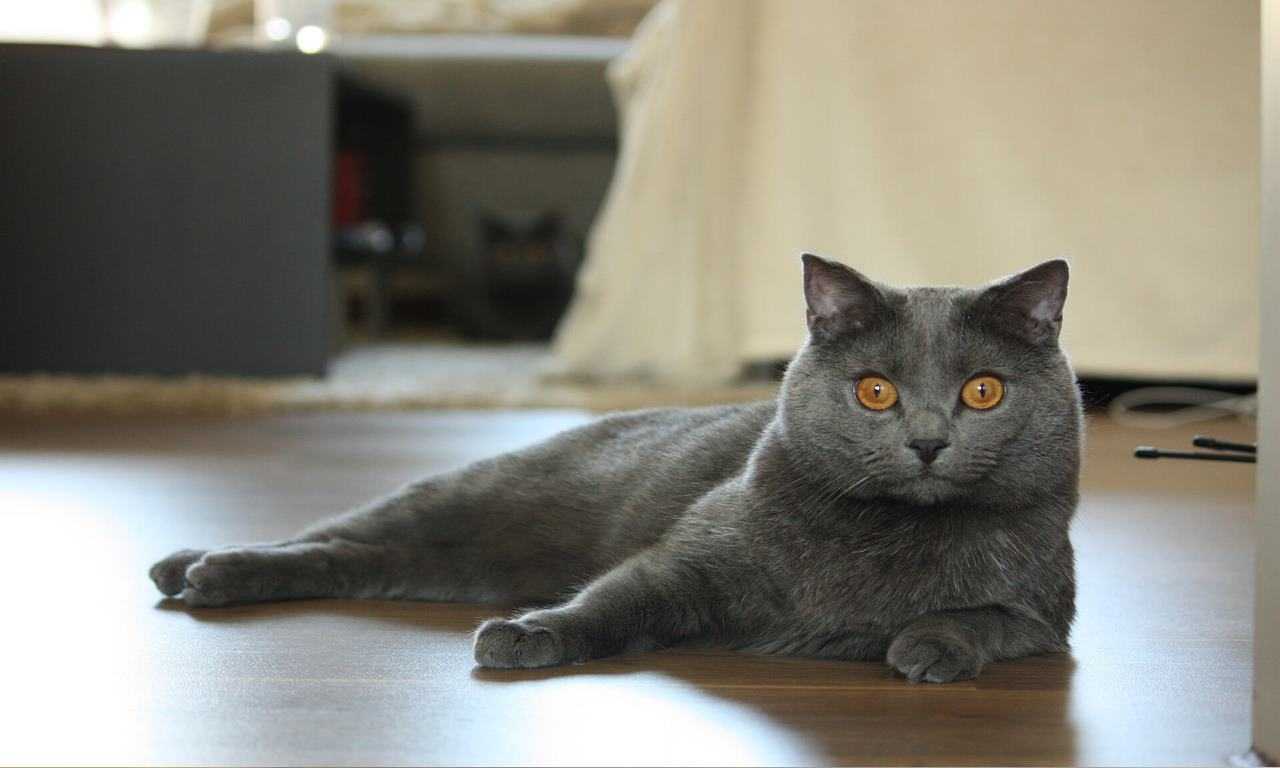 The Chartreux is a stunning grey cat with eyes in hues of gold, copper or orange. Boasting incredibly soft fur, it’s been said that they were previously sought after by furriers and it’s thought that the wool ‘pile de Chartreux’ was named after them.

It’s unclear how far this grey cat breed dates back, but there is record of them being used by Carthusian monks near Paris in the 18th century as ratters. Today, they make great pets and tend to attach themselves to one owner, yet they’re also quite comfortable by themselves, making them particularly well suited to working pet owners. 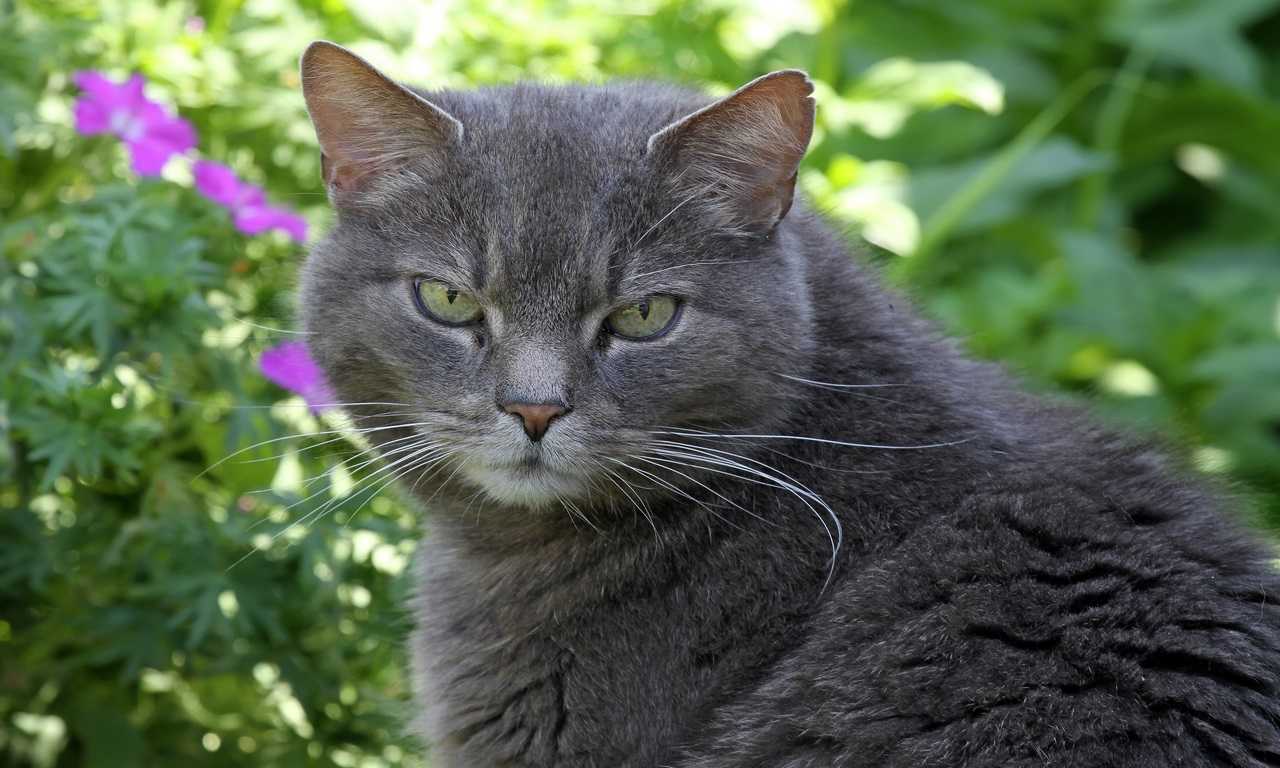 The Domestic Shorthair comes in just about every colour imaginable, which includes grey and grey tabby cats too! Due to the fact that they’re a mix of cat breeds, they’re not considered a pedigree, but this means that they’re prone to less of the unusual health complications that pure breeds are.

While they usually have easy going personalities and are playful, it’s often hard to tell exactly what this grey cat’s personality will be like because of the vast selection of breeds that they can be made up of! 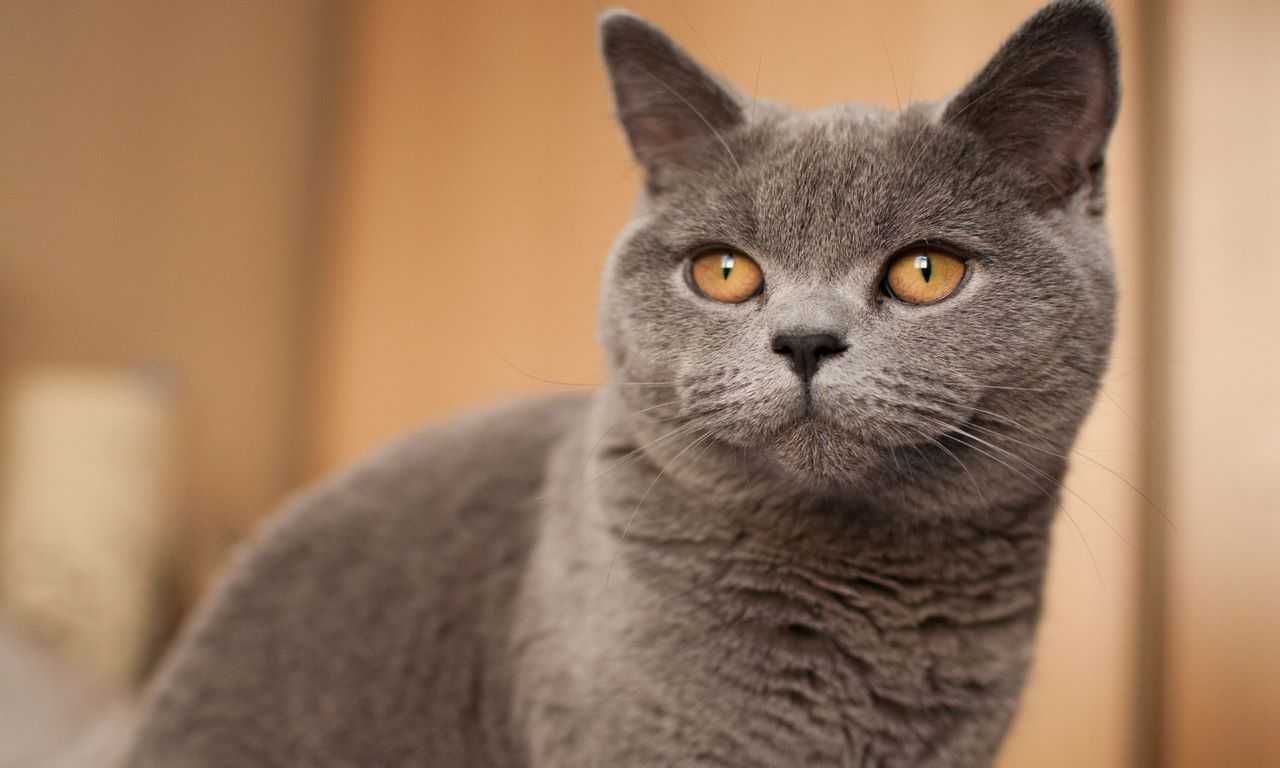 Like the Domestic Shorthair, the British Shorthair also comes in a vast variety of colourings. However, the most popular version has a dark grey coat and dazzling copper or gold eyes.

During the first and second world war this grey cat breed was nearly completely extinct in the UK, but thankfully, the remaining British Shorthairs were bred with Persians to reinstate the breed. They’re known to possess rather laid-back personalities and to be quite independent, but they do love a good fuss from their family members. 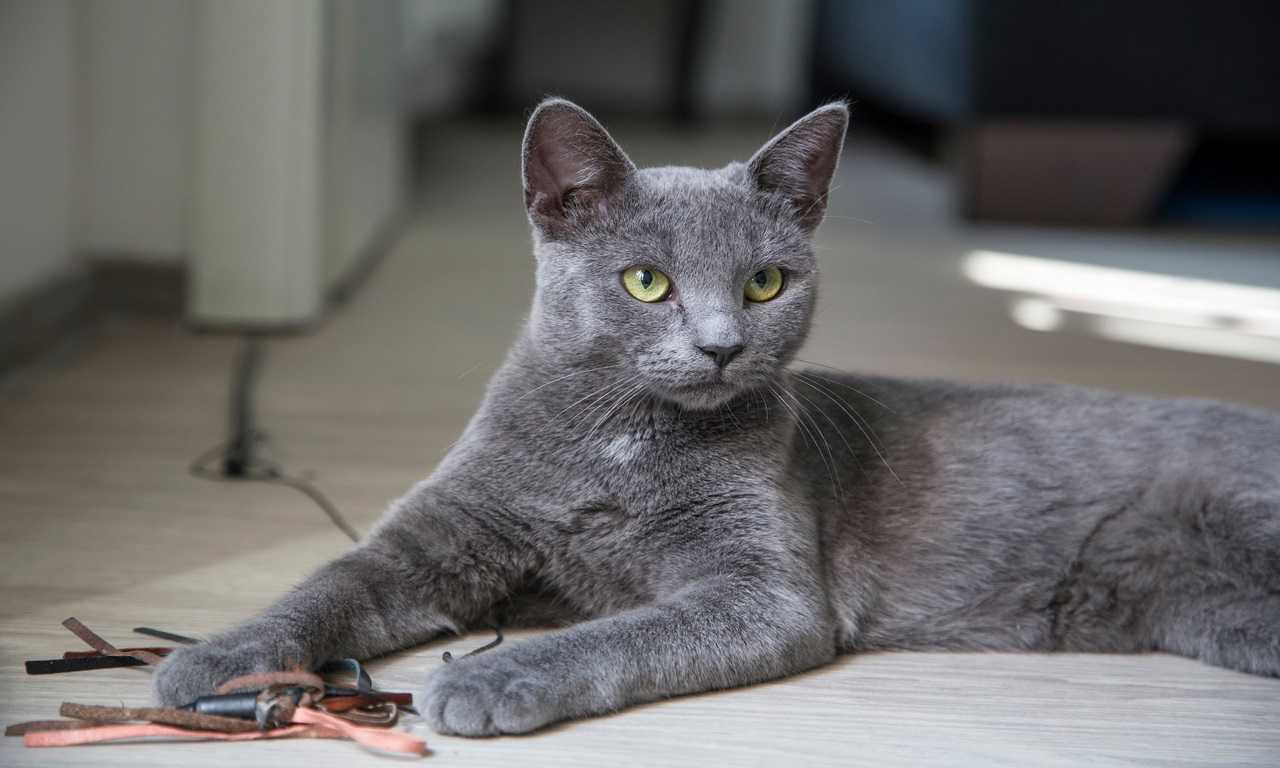 Originating from Thailand, the Korat is thought to be a lucky grey cat. So much so, that sometimes they’re given as a gift to brides to bring them good luck in their marriage. Possessing big green eyes and an ethereal colouring that makes them seem like they glow, many believe they look like silver-lined clouds.

This grey cat breed thrives off of human attention and doesn’t tolerate being left alone for too long, so they’re best for those who spend a lot of time at home. 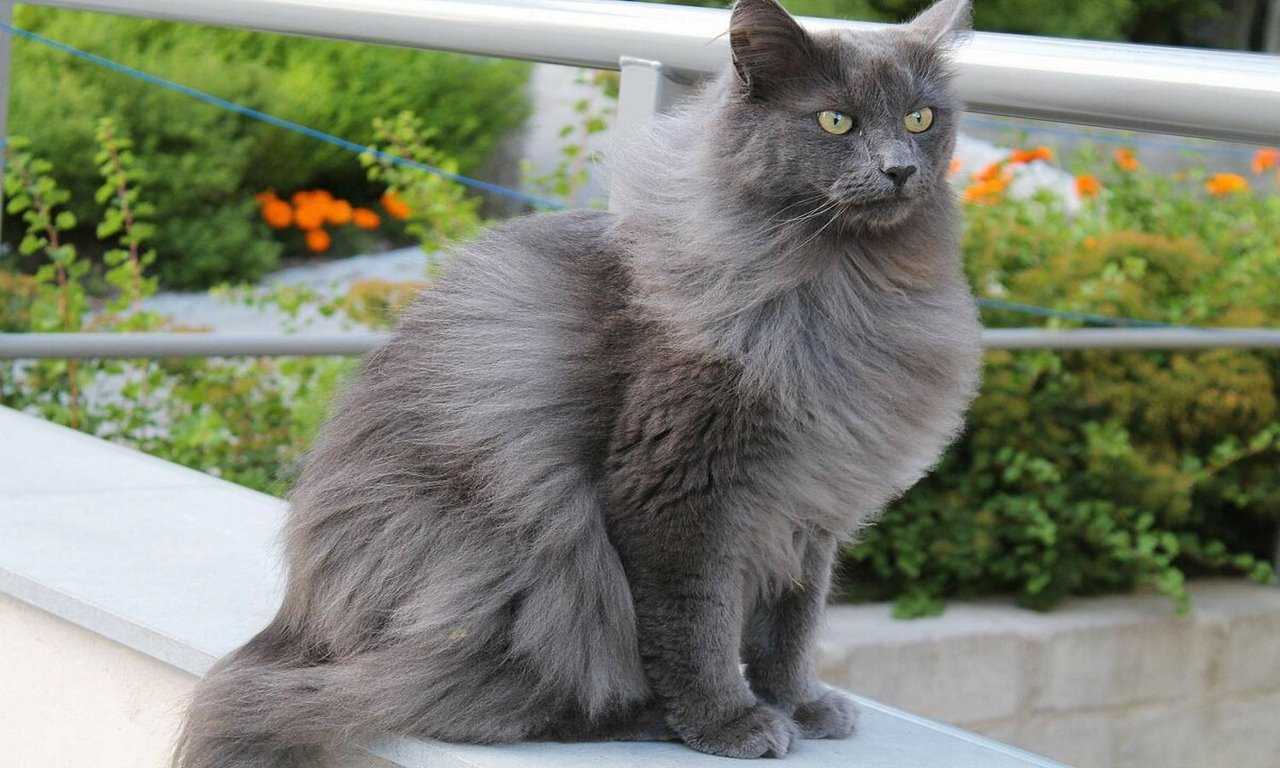 In German, Nebelung translates as ‘creature of the mist’, a magical name that’s attributed to their gorgeous grey colouring. Their shimmering coat appears almost silver and they’re considered to be a long-haired variety of the Russian Blue.

With gentle and calm natures, this grey cat can sometimes come across as quite shy, but they’re actually incredibly playful and love to get up high to survey their surroundings, so make sure you have plenty of cat trees and climbing spots. Known to create deep bonds with their owners, Nebelungs make great lap cats as they love nothing more than having a good fuss. 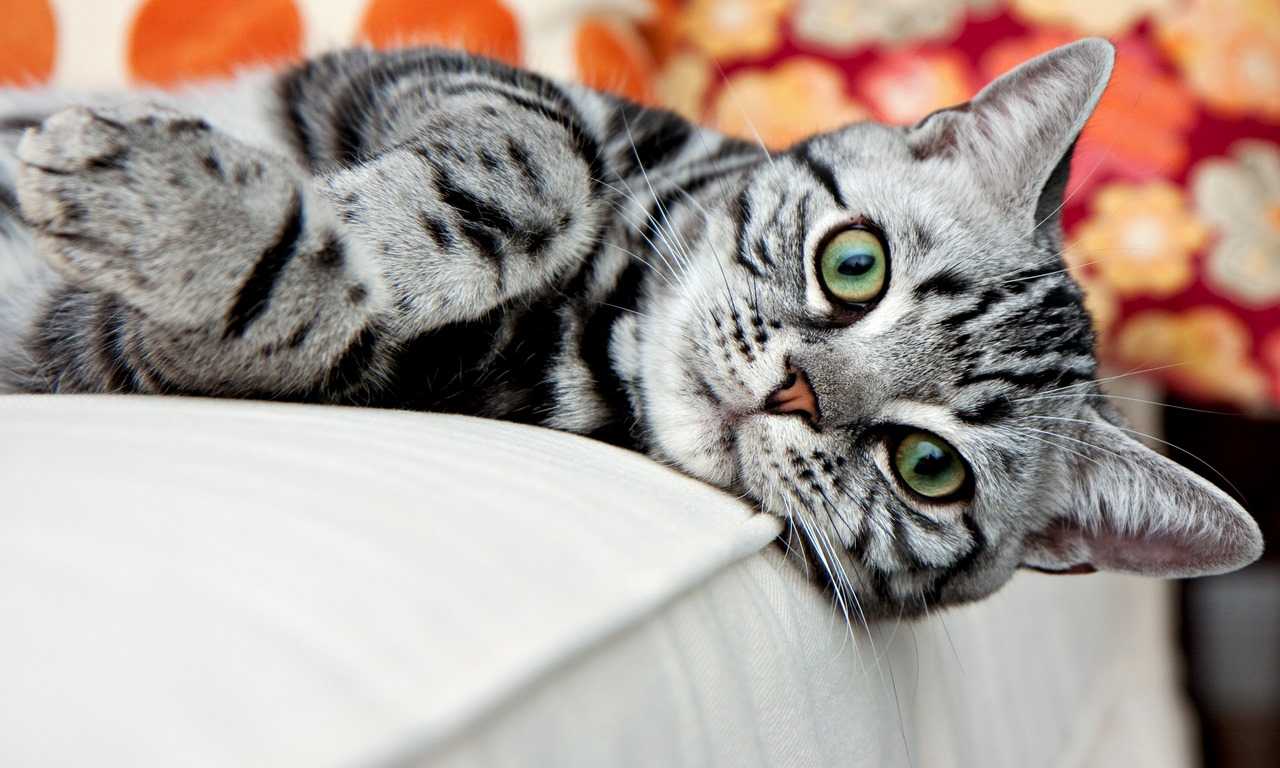 The American Shorthair is another type which isn’t exclusively grey, but can be grey and grey tabby cats. Muscular and strong in appearance and with a thick dense coat, this breed was originally created to keep rodents away from their owners’ homes.

Related:
Pictures and Facts About Bengal Cats and Kittens

They share similarities to the British Shorthair, which is due to the fact they were used to create the breed. American Shorthairs make affectionate pets as they love to play and snuggle, but they don’t like too much attention so they’re a good fit for busier owners.